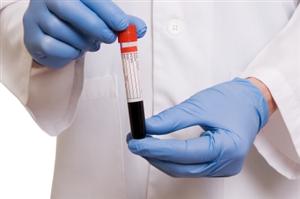 Gluten Sensitivity Testing May Not be Accurate


I have noticed many symptoms over the past 2-3 years that had become worse, to where I sought medical help. I have felt like my pulse and blood pressure have increased after eating.

I have also had problems concentrating, and felt
shaky after eating. I get dizzy often and it seems to be getting worse. I am in nearly constant pain and have a burning sensation that goes through my ribs in
the front and back and then down my thigh and sometimes lower leg.

The tests that have been done have not come up with much. They did say that my left inner ear was not responding properly and that was probably causing some of the dizziness- but not all of it.

My doctor suggested that I try a gluten free diet to
see if that was an issue. After two months I finally had an appointment with a gastroenterologist who said that in order to do the intestine biopsy to determine if I have a sensitivity I need to be eating gluten.


So I went to Pizza Hut on the way home and had 2 pieces. After eating it, I felt very bad and shaky, so I am afraid to eat any gluten food.

Self diagnosis of Gluten Sensitivity 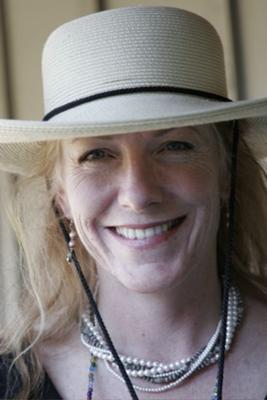 Cathleen's Self Diagnosis of Gluten Sensitivity


When will people start trusting their own selves and not have to have everything confirmed by a medical doctor? I self-diagnosed my Celiac Disease, but people still wrinkle their noses at me because it wasn't proved by an MD.

I like your web page. It has so much good information and is easy to read. Thank you!

I Want To Get My Gluten Sensitivity Diagnosed

I am pretty certain that I am gluten intolerant. Whether it isjust an intolerance or sensitivity or full blown celiac, is what I am trying to determine. I have been feeling horrible for a while, after doing some research I have concluded that my symptom pointed to gluten intolerance.

So I cut out gluten and almost instantly started to feel better. However now I want to try and get it diagnosed, so I have.it in my medical record and stuff. And from what I understand, in order to get diagnosed you need to be eating gluten. So I started eating it again.

I feel horrible now, but whats worse is I feel like I want to eat everything in my path. Especially foods containing gluten. Why is this?

Also, for testing purposes, how much gluten do I need to eat.

To Test or Not to Test for Gluten Sensitivity

First some wordy background: I think I have a gluten intolerance, but I am not sure. I've always had a "sensitive stomach" (like my mother) which got worse about a year ago when I was diagnosed with IBS-D after weeks of loose stool and diarrhea.

Since then I've also lost a lot of weight to the point of being unhealthy (I'm 5'7" and was at 112 at the low). My doctors just thought I wasn't getting enough calories, but the more I tried to eat "bulky foods" like pastas and breads the worse I felt, and I wasn't able to gain more than 2-3 pounds even after several weeks of what I considered over-eating.

My low BMI has also caused me to skip ovulation, and have late periods with spotting in between. I (was) almost always tired, bloated, and nauseous.

I decided to do the 60 day test, and have mostly stuck with a GF diet. I feel a lot better already (I just started the test last week) and my sinuses and allergies have lessened. I am no longer nauseous every day, and my stools have returned to closer to normal. I am hoping that the weight I lost starts coming back really soon.

Based on this I feel I am at least somewhat intolerant.

My question is this: does gluten sensitivity get worse over time? So if I go GF now will I never be able to eat gluten again or will I heal and be able to have it again in the future?

Also - how easy is it to cross contaminate things? If I got to a place like Olive Garden where practically everything is made with gluten filled pasta, is anything labeled GF really going to be GF? (In otherwords, can I still go out to eat and not get sick?)

I LOVE this site - it's really informative and helpful. Thanks so much, and sorry for being so long winded here.

Recently I had a flair up with ulcerative colitis. My chiropractor asked me about being gluten intolerant. Many years ago I had a food allergy test done and I was positive for wheat, rye, and oat flour. I had abstained from them for many years and returned to eating them as I felt better. Several weeks ago I stopped eating them to get the colitis under control. Now I know more about the damage that can be done if you are truly intolerant.

If I am to have a stool test done for gluten I need to be eating gluten foods. How many days do I need to eat them prior to the test being done? Thank you very much for the information on your website. It is very helpful.