The Dangers of Saturated Fat
Have Been Debunked

The Dangers of Saturated Fats are overstated and overblown. Humans have been eating naturally occurring saturated fats, such as those in meat, milk, eggs, coconut oil and palm oil for tens of thousands of years. Yet, until the past few decades, we had extremely low rates of chronic illness. 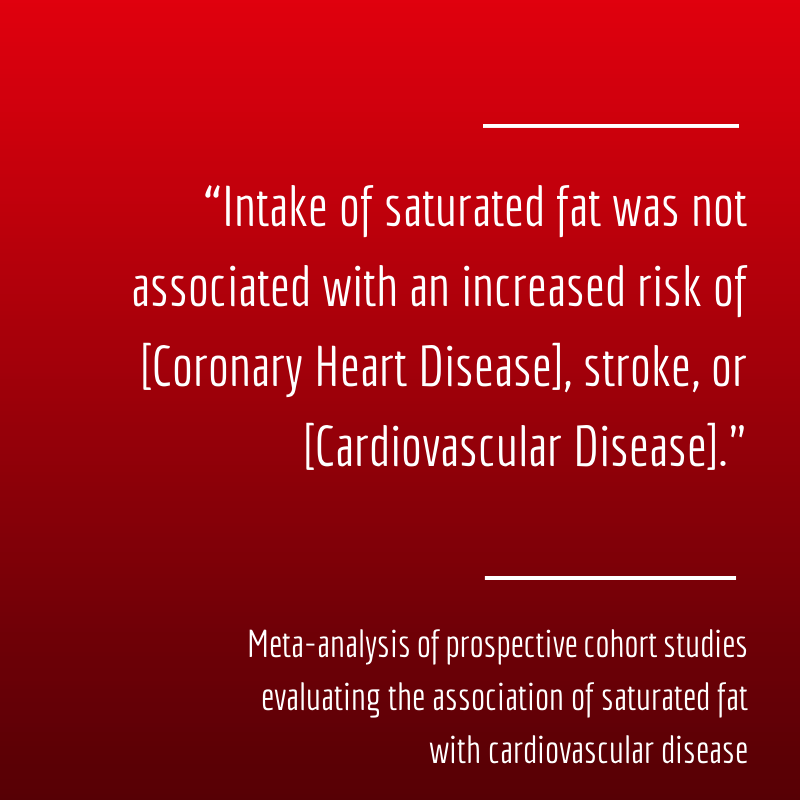 What are Saturated Fats

Saturated fats are fats that have their carbon bonds already 'full' or 'saturated' with some other substance. Usually, these fats are solid or semi-solid at room temperature like the fat in meat. By contrast, unsaturated fats like olive oil (a monounsaturated fat) and corn oil (a Polyunsaturated Oil or PUFA) are generally liquid at room temperature. Because the carbon bonds are not saturated, these oils can BECOME saturated with oxygen in the environment. When this happens, it is NOT beneficial and the oils actually become rancid and unsuitable for consumption

Interestingly, while doctors talk about the dangers of saturated fats, Polyunsaturated Oil that have been sitting around for a long period of time, as many of our oils that are processed far away and left standing in warehouses often are, are far more dangerous to health than naturally occurring saturated fats.

Who decided there were
Dangers of saturated fats?

However, there is extensive research contradicting these early findings that are now just being admitted by mainstream science. For example, a 2014 study entitled a Meta-analysis of prospective cohort studies evaluating the association of saturated fat with cardiovascular disease concluded there was no link between saturated fat and heart disease, leading some doctors to finally admit they were wrong about saturated fat. Unfortunately, this admittance has taken an entire generation to occur, and the influence of the incorrect science is likely to still take another decade to overcome.

"There's just been a massive cover up going on
in this field [of research into saturated fat]
for decades now."
The Big Fat Surprise: Why Butter, Meat,
and Cheese Belong in a Healthy Diet

Additionally, another study,  Serum Lipids, Dietary Factors and Ischemic Heart Disease, showed that, in India, northern populations eat NINE times the amount of saturated fats than populations in the south, but have 1/7th the amount of heart disease. Then there is, of course, the French Paradox, which is actually an entire European paradox, which notes the low amount of heart disease in the cream, butter, pate, and cheese-eating French and other Europeans.

Fortunately, we have people like Nina Teicholz, author of the book in the quote above who spent 9 years exhaustively researching saturated fats without an agenda or research grants. We can only hope that with quotes such as, "All of the hunting strategies were designed to find the fattiest animals, the fattiest part of the animal, that was consistently the way humans survived up until nutrition scientists got into the picture and told us to start avoiding all of that." will infuse common-sense back into the nutrition dialogue again sometime in our lifetime, and that the next generations will not have to suffer the poor health of the last generation becaue of the past generations' bad nutritiional advice.

Polyunsaturated Fats are
One Health Hazard

The Dangers of Saturated Fats are WILDLY overblown in comparison to the 'modern' Polyunsaturated Oil such as:

that were never used by our ancestors. The current use of so-called 'Vegetable' oils IS a HUGE risk factor for cancer in animals- and a few studies have linked them to cancer in humans as well. Finally, too, a study entitled Use of dietary linoleic acid for secondary prevention of coronary heart disease and death was conducted replacing saturated fats with vegetable oils in men with heart disease and showed that doing so actually INCREASED death rates!

But because these oils reduce cholesterol levels, they are being billed as 'heart healthy' despite the fact that higher cholesterol levels have never been conclusively linked to heart disease- and lowered cholesterol levels, in some studies HAVE been linked to higher cancer rates. The important thing to remember about these fats is that they can ONLY be made with modern processing and are, by definition, highly processed foods.

Unfortunately, because doctors began to believe in the dangers of saturated fats, manufacturers needed a replacement for these fats for packaged, fried and processed foods that needed the stability of fats that don't go rancid. So, they began taking the already unnatural polyunsaturated oils discussed above, and 'saturating' them to make them suitable for a long shelf life. Trans-fats, also called:

are without a doubt one of the top unhealthy foods in the world. Governmental advice to avoid 'saturated' fats was a disaster in the making that caused huge long-term health consequences in the form of chronic illness that we are only now discovering. If you want to maintain your health, avoid trans-fatty acids 100% of the time. Even small amounts can cause serious long-term health consequences that we may not even know about for years.

So if you are now confused about what fats to eat and are wondering if the Dangers of Saturated Fats are real, think back to what your ancestors would have eaten. Your ancestors, who had few chronic health problems, would have eaten plenty of saturated fats in the form of: 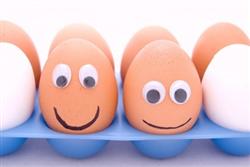 Most of which, including Raw Organic Virgin Coconut Oil, doctors tell us are bad for us. But would the ancient Mayans have cooked their tortillas in Corn Oil? How about a Roman Statesman's wife greasing her pans with margarine? It wouldn't have happened. But primitive people, as we know from the book Nutrition and Physical Degeneration, didn't heed the modern warnings of the dangers of saturated fats, and ate extra virgin coconut oil, butter, lard, eggs, cream, and palm oil- some of which also contain large amounts of Omega 3 Fatty Acids- in amounts that would have astounded us.

Yet they showed no signs of degenerative disease until processed foods such as sugar and white flour were introduced. So, if our ancestors were healthy and of normal weight while eating loads of saturated fats, but became unhealthy and obese eating processed foods- what do you think is going to keep you healthier? Keep reading to find out more about getting a more healthy Substitute For Vegetable Oil…

Next --->
Substitute for Vegetable Oil

Back to Top of Dangers of Saturated Fat