Intestinal Candida Symptoms
Are Common
But Are They Really Real?

Are Intestinal Candida Symptoms Real? Your doctor will tell you ‘No’, but if you are reading this, it’s likely that you’ve at least heard about Candida Infection that can occur in the digestive tract, a condition commonly called Intestinal

Candidiasis or sometimes called ‘Systemic Candidiasis’. And it’s likely that you have been experiencing problems that some would say are Candidiasis Symptoms.

But what are we talking about really? You know that the symptoms that you are experiencing are real, but with conflicting messages about Intestinal Candida Symptoms, what you really want to know is:

What is the truth about Systemic Candidiasis


What can you do about your health problems, whether they are due to Intestinal Candida Symptoms or not

Well, in the next few minutes I’ll set the record straight, give you the facts about Intestinal Candida Symptoms and tell you what you can do about your symptoms.

What are Intestinal Candida Symptoms

The symptoms that are attributed to Intestinal Candidiasis according to many are:

These symptoms are absolutely real, and even though there are many who are told by their doctor that they are ‘all in their head’, this is ridiculous. We don’t have thousands of people going around who all have similar symptoms who are making it all up. But that’s what doctors would have you think. So, your problems are real, but…

Are your problems Intestinal Candidiasis Symptoms?

The answer is a definite… maybe.

No one has yet PROVEN that these symptoms experienced by so many are actually due to Intestinal Candidiasis. However, we do have some circumstantial evidence and some hard facts that lead us to believe that the problems that people experience is likely due to an organism- probably a fungus- and that it could be candida.

Another possibly explanation for your symptoms is another disease that doctors simply don't look for, yet is a huge medical problem. This condition called

Gluten Sensitivity has a lot of the same 'vague' symptoms- and also doesn't necessarily have accurate diagnostic tests to find it either. Interestingly, if you DO have some sort of intestinal fungal infection causing your problems, it could be that Gluten Sensitivity helped you acquire this organism and that you actually have TWO very real but medically vague problems that your doctor will not help you to look for!

Again, Intestinal Candidiasis is only a THEORY, but what I am going to give you here are The Facts. And if you want to speak to your doctor about your Intestinal Candida Symptoms, then pay attention because understanding The Facts vs The Theory and having these research studies at the ready is how to get your doctor to listen to you and to help you.

This section is going to be a bit long, but bear with me as I’ll be building on more and more complex subjects in order to help you to understand this complicated phenomenon.

Fact #1- Candida is real and it lives in you…

Candida lives as a ‘commensal’ yeast (fungus) organism in all of us, all of the time. It is on every ‘mucous membrane’- or wet internal surface in our body- including the digestive tract. It competes for space against 'Good Bacteria' and 'good yeasts' in our system. As it is always there, there is nothing that you can do to completely eliminate it- and it may even be beneficial to us in ways that we are unaware of as yet.

Fact #2- Candida overgrowth can cause infection…

Particularly after taking antibiotics, candida overgrowth infections to the mouth (AKA Thrush) and vagina are not uncommon. They are uncomfortable, but generally go away quickly with an antifungal medication. In people with immune system disorders, candida overgrowth can cause painful esophageal overgrowth as well.

What is not as commonly known is that candida infections can also occur in other parts of the body as well. According to Clinical Practice Guidelines for the Management of Candidiasis: 2009 Update by the Infectious Diseases Society of America

“Candida species are the most common cause
of invasive fungal infections in humans,
producing infections that range from non–life‐
threatening mucocutaneous disorders to invasive
disease that can involve any organ.”

So, according to these guys, candida can cause infections “that can involve any organ”, yet doctors say that intestinal candidiasis is not real. So, we must believe that it can affect any organ- EXCEPT the intestinal tract where we know it already lives!

Whoops, I'm getting away from the facts. Here's the next concept.

Fact #3- ‘Systemic Candidiasis’ is real, it’s just not what you think…

In medical terms, ‘Systemic Candidiasis’ is when there is candida in the bloodstream. This is actually QUITE RARE and is called Candidemia. The suffix –emia meaning a blood infection. This is VERY SERIOUS and most people with true Systemic Candidiasis are hospitalized and receiving intravenous antifungal medications.

However, the Candida in the blood has to come from SOMEWHERE and this study

' Revisiting the Source of Candidemia: Skin or Gut? ' believes that it comes from the gut, where we know that it lives all of the time anyway.

**Q: Another one of my non-factual interjections is: then HOW and WHY does it get into the bloodstream? The answer:

Fact #4- Candida overgrowth infections CAN occur in the digestive tract…

This study shows that

Candida Can Infect Duodenal Ulcers. The doudenum is the part of the digestive tract that is just below the stomach- in the intestinal tract, and can get infected with candida- at least in rats.

Several other studies state unequivocally that certain cases with diarrhea who have been shown to have candida in their stool and who respond dramatically to antifungal medications have ‘Candida Enteritis’, which MUST, by definition be Intestinal Candida Symptoms. However, the symptoms of Candida Enteritis are NOT the same symptoms that people complain about with Intestinal Candida Symptoms.

Are you with me so far?

Now, we have established that candida lives in the body and can cause overgrowth infections just about anywhere. We have also shown that intestinal overgrowth of candida can occur in certain cases.

Now, we are going to show that YOUR symptoms… may or may not be from Candida- but that they are from SOMETHING that MAY be candida and that can be treated with the treatment that Dr. Crook and others recommend for ‘Intestinal Candida Symptoms’.


This is a very nice study that you should read carefully and even print out to take to the doctor with you as it is very scientific, describes your symptoms to a tee, gives good reason for the symptoms and gives a treatment to alleviate the symptoms. It would be a very nice study guide if you want your doctor’s cooperation in your care.

Another study that is very informative is The Microbial Metabolism of Ethanol and Acetaldehyde and Clinical Consequences in which they state,“Thirty-nine cases of intragastrointestinal alcohol fermentation syndrome, manifesting as alcohol intoxication after a carbohydrate diet in patients with gastrointestinal abnormalities and overgrowth of Candida albicans, have been described in Japan.”

So, in these 39 cases, they definitely DID have candida overgrowth and had abnormal provable problems after eating a high carbohydrate meal. Again, not complete proof, but EXTREMELY suggestive that what people describe as Intestinal Candida Symptoms is a very real phenomenon that just may very well be caused from the overgrowth of candida in the digestive tract.

Back to Top of Intestinal Candida Symptoms 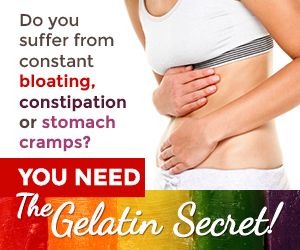