What magnesium did for my heart(ventricular tachycardia) 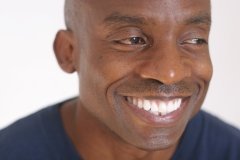 Since 2000 I've had some very serious bouts with the heart condition Ventricular Tachycardia.I've passed out twice and had to be defibrillated once and on many occasions I couldn't even climb stairs for fear that my heart would go crazy and I would get light-headed.So serious was my condition that two surgeries(the most recent being in 2006 at the prestigious New York Presbyterian,known for their heart care)couldn't solve it.

They were actually on the brink of implanting a defibrillator but because of my reservations they sent me home on strong medication instead.


Since that time I had read so much on heart nutrition and on how critical magnesium was for general and especially heart health that I was convinced that,being a highly competitive soccer player that magnesium deficiency along with other dietary factors most likely was behind my condition.


Let me add here that I was totally blown away by the wealth of Research done by the World Health Organization linking magnesium deficiency to heart disease among loads of other health conditions.

Sometime around early 2008 I really went at my health more aggressively with nutritional tweaks and changes.I started consuming more marine based green/superfood powders and magnesium supplements.


I started noticing a difference in my heart workings and when it got too convincing I went to my cardiologist and told him that I would like to reduce my meds to see if I really still needed that dosage or any at all.He was very polite but stubborn and he talked me out of trying anything that he believed could worsen my condition.In fact,such was the polarity of our views that while I was trying to reduce my meds he was telling me he was still convinced that I needed a defibrillator.So admittedly,he won that battle.

Around September I was able to find what I believe to be some of the best water in the USA,maybe even the world. This is water from Adobe Springs in California(bottled under Noah's California Spring Water)and has one of the highest levels of natural magnesium at 110mg/liter.


According to Mineral Waters.org, Poland Springs which is one of the most popular waters around (well at least in the New York area) has only 1mg/liter of magnesium and most other waters don't fare much better.


In a matter of weeks though the message from my mind/body intuition was too compelling.I decided I would reduce my medications gradually and accept whatever consequences that might follow.


I know all doctors are totally against this action but I do believe that with certain health conditions conventional medicine would never trust a patients intuition over Big Science and a continued stalemate would've been inevitable.

In short,as I am writing this It's almost 3 months since I've been off all medication. Playing soccer,weights and doing everything to the max with no signs whatsoever that I've ever even had a heart condition before.


I truly believe the high-magnesium water and other magnesium-loaded foods is to a very very high degree responsible for that turn around.I'm not advertising when I say this but I truly wish the world to know more about this water and this super mineral.


Magnesium is incredible beyond words.